A monster does not deserve the intimacy of a name

As if waking up in an unfamiliar world isn’t enough of a surprise, Ember gains a new title to her name. Savior.

Hunted by the Crescent Prince and his lethal shadows, she accepts a young Mage’s help to navigate the land of blood magic and its many illusions. But where Ada sees the good in her power, Ember discovers something else.

An icy darkness, designed to take lives, not save them.

The only thing worse than not being able to rely on her senses—or the reality she had once believed to be true—is knowing that she cannot trust her heart. Especially as it seems to draw her to the one person in whose hands she can never fall…

*Note: I was given this book in exchange for an honest review. Thank you to Netgalley and the publisher, Boris Kos, for the opportunity to read Evenfall. Publication date, etc. subject to change.

A TALE OF TWO BOOKS.

I was truly contemplating putting this book down through the first half. I felt like I was reading about Ada’s story rather than Ember’s and Ember was some kind of narrator for the entire saga.

Ember wasn’t doing anything for herself and was following Ada around agreeing to everything she said and not forming her own opinions about the plans to defeat the Crescent Prince. I was annoyed to no end about how everyone kept calling Ember a savior, the One, etc., but she herself had NO IDEA what anyone was talking about!!?

It was missing dialogue as well. I was tired of being in Ember’s head (since aforementioned, she wasn’t doing anything worthy of my time) and wished there was more time spent on conversation with others.

Then, I got to the half way point.

Then, I met Mordecai.

Then, things got SOOO much better. I mean really, I thought I was reading a different book altogether.

Ember grew a backbone (for the most part) and Mordecai gave me the answers I was craving. I finally had a world mostly built and understood the plot more deeply. At this point, my connection with Ember and Mordecai started to form.

The relationship borders on instant, but thankfully, some time is taken for true emotion to form. The push and pull is fun and gives more edge to Ember and humanity to Mordecai.

The story became increasingly darker. I enjoyed every second of nefarious characters showing some twisted benevolence.

Left on a cliffhanger at the end I’m not sure what to think. I really want more. I want the next story and to continue in this world. Truth be told, there needs to be more world AND character building. It took til literally the closing chapters to know how Ember showed up in a different world in the first place. That’s why I struggled to like her as a character. I wanted to understand her decisions more and hope to get more of her history (parentage, friendships, etc.) so I can really get behind her as a heroine. Same goes for all characters. The book is on the shorter side so not as much time was put into character back-stories. I have hope that the second book will deliver and fill in the hand-full of plot holes.

I had originally intended giving this book a two star rating, then three, but chose to go with four because the second half drew me in too well not to be acknowledged. I’ve been entranced enough by the Crescent Prince to need more of him.

Last note, this book was a total cover request. Merwild does AMAZING artwork and I’ve been a fan for awhile. This cover is absolutely gorgeous.

— Young adult fantasy
— Language, often not necessary and sometimes jarring (to me personally)
— Deep kisses / make-outs, no love scenes, everything on the tasteful spectrum
— Language involving a sexual assault (Ember has a flashback)
— Minor violence; use of blood is spoken of a lot because that’s how the world’s magic is used 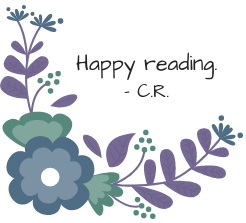